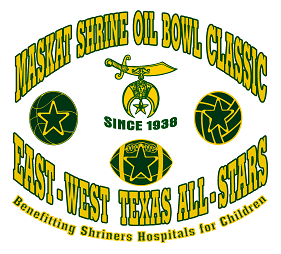 Chuck Curtis (Cleburne; 1983)
Curtis won three straight high school state championships in the 1960s. He coached Jacksboro to the Class 2A state tilte in 1962 and then coached Garland to back-to-back titles in 1963 and 1964. A 2007 inductee into the Texas High School Football Hall of Fame, he was a star quarterback at TCU before beginning his coaching career. In the 1957 Cotton Bowl, Curtis threw two touchdown passes and ran for another TD to lead the Horned Frogs to a 28-27 win over Jim Brown and Syracuse.

Homer Johnson (Garland 1993)
Johnson was on the coaching staff of one of the most talented Oil Bowl teams Texas has ever produced.Nine players off that team went on to play in the NFL following their 23-14 win over Oklahoma.Johnson just completed his 60th year working for the Garland Independent School District.A 1945 graduate of Garland High School, Johnson played football at Texas A&M and North Texas State before coming home to take his first coaching job as an assistant under Jerry Sellers in 1948. At the time, the 20-year-old backfield coach was the youngest assistant in Texas.Johnson took over as head coach at Garland in 1958 — again, at 29, the youngest head football coach in Texas at the highest classification. He directed the Owls to their first district title in that classification in 1960.At 34, Johnson took over as athletic director for the Garland school system and has been on that job now for 46 years.  He is a member of the Garland Sports Hall of Fame; the Texas High School Football Coaches Hall of Honor; the Texas Athletic Directors Hall of Honor and the Texas Football Hall of Fame.